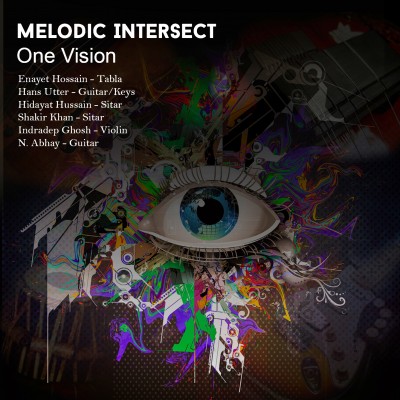 Melodic Intersect’s fourth world music album, ONE VISION tries to bring together the group’s experiences from the previous three albums together to present an album with a singular vision.  Tabla player, Enayet Hossain plays throughout the album as the lead percussionist and his instrument’s true versatility is displayed for what it is, a true “world” instrument.  Hans Utter, not only plays the guitar masterfully but also composes and arranges a majority of the tracks, displaying his skills as a masterful guitarist as well as keyboard and provides additional percussion support to the tabla.  Hidayat Khan on the sitar shows his ability to display his sense of composition and classical heritage.  Hidayat composed several pieces and leaves the listener astonished with the ease at which he takes the sitar, a primarily classical instrument, and melds it into an ensemble instrument.  Indradeep Ghosh on violin provides and brings forth an added dimension to the group’s music.  The violin is heard in almost all musical genres but his approach from the Indian classical style brings forth new soundscapes to the instrument.  Shakir Khan, a well recognized master sitarist also composes and plays on the album. His pieces shows his ability to go from a fast paced almost techno-sounding piece to a laid back almost spiritual peace.

Below are glimpses of the album. 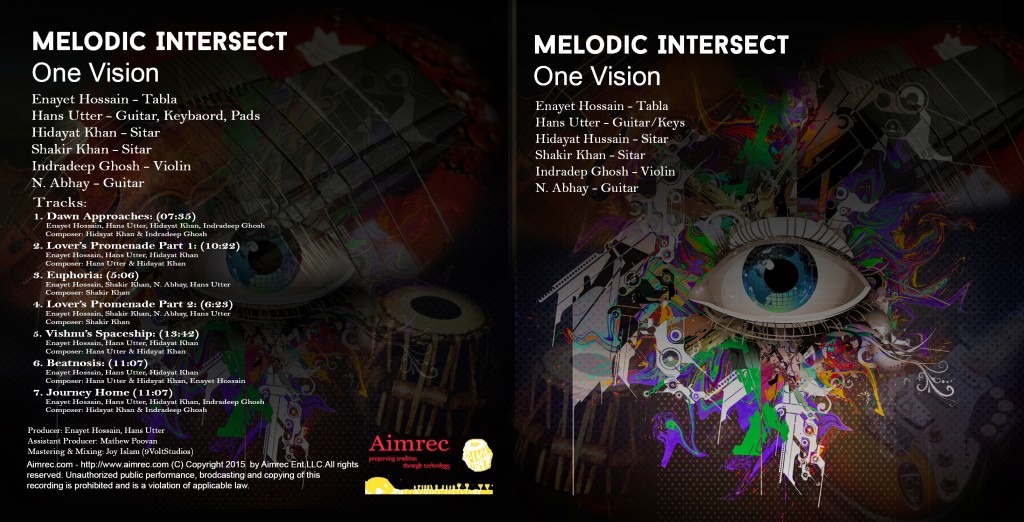